Day 57. Mahinepua Peninsula Track 2 hour return.
Three years ago in high season, this was a very busy track but one we had both enjoyed hence our decision to revisit.

Once again we were blessed with plenty of sunshine on this stunning scenic walk. The start from the carpark took us along a private drive before a lane up bordered by pine woods gradually opened out onto the southern ridge track with views out and as we climbed higher down to Mahinepua Bay and our parked motorhome. 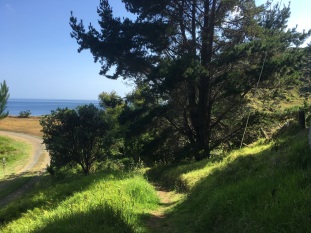 Too late, we remembered the many steep flights of steps as glimpses appeared through the dense coastal forest, the towel was out for sweating man, ready to do battle. 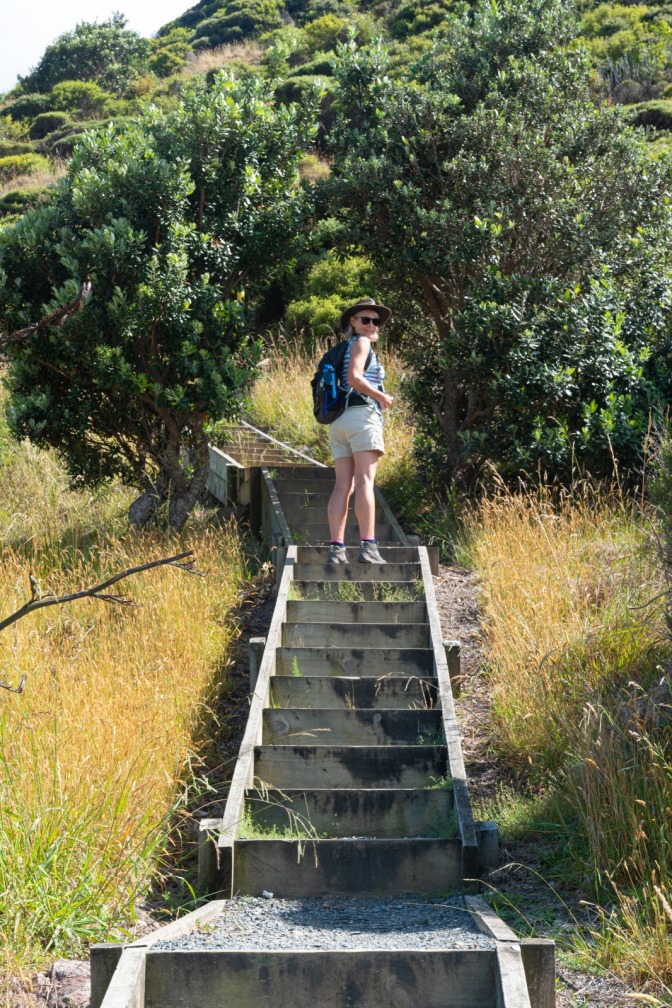 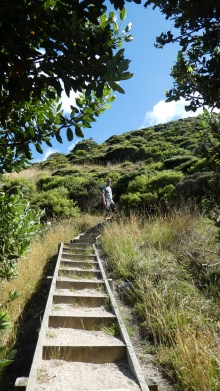 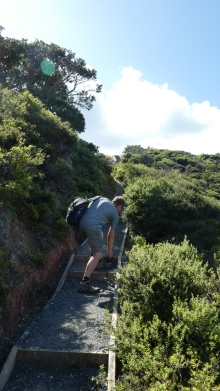 Almost always – certainly on the tracks we have walked in NZ – the extra effort is always worth the reward of incredible breathtaking views. 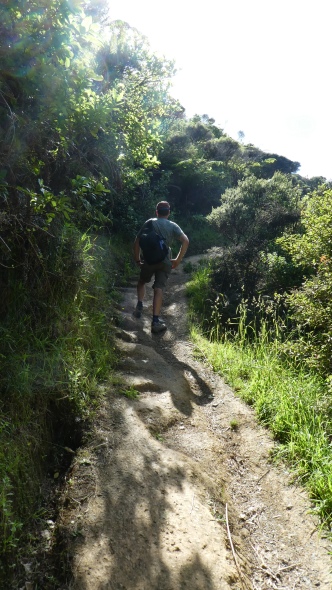 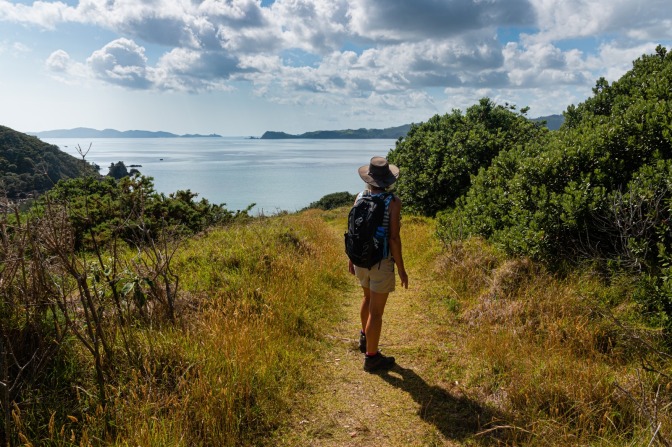 The sea emerald and calm in the bays below, darker far out to sea sparkling under the suns rays. 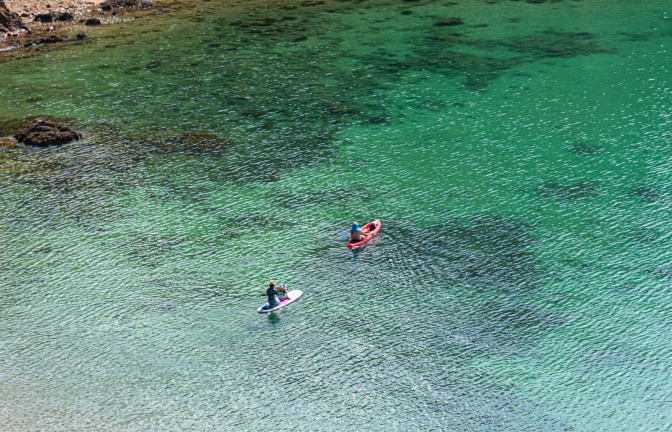 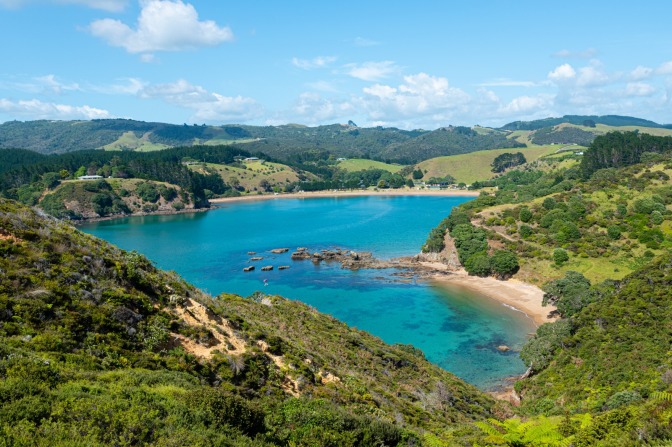 And unexpectedly a familiar sight, three years later the dead bleached tree still stood, not quite intact with all its branches, but most had withstood the harsh coastal conditions. We took photos, hopefully remembering the same angle to compare. Spot the difference….. 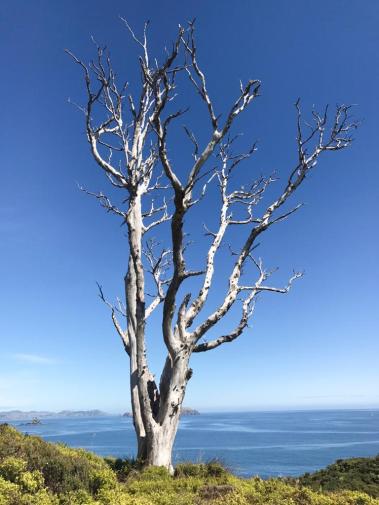 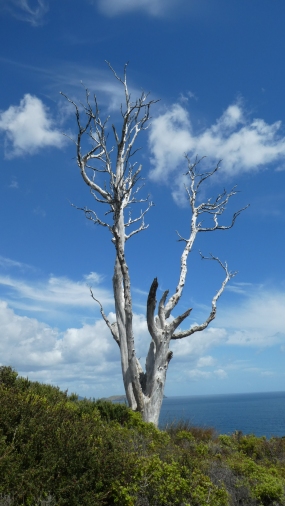 Unlike last time there had been some erosion as part of the grassy track had slipped away exposing the red earth.

A final steep slippery climb up to the trig for more views out and up the coast to Cape Karikari and south to Cape Brett. 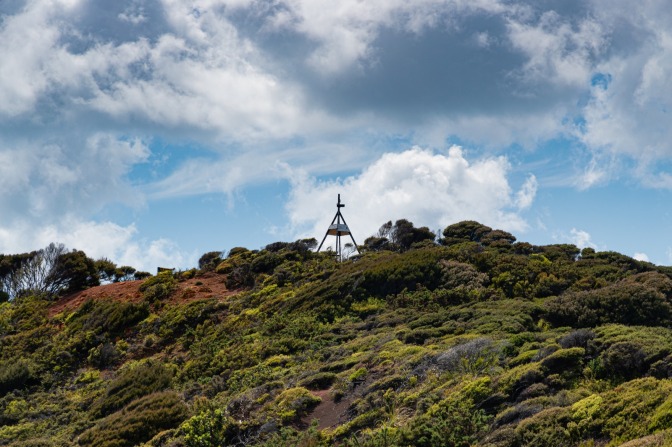 We took the northern ridge loop back, stopping to eat our lunch at the Loop end on the seat with a view. We had still not seen another soul at this point…. 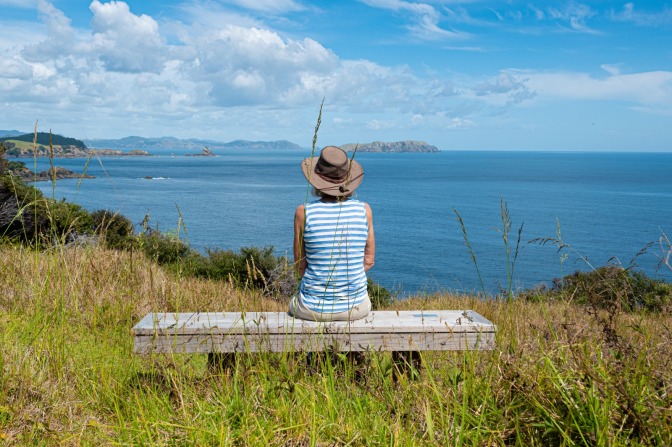 And all the way back down we never did! 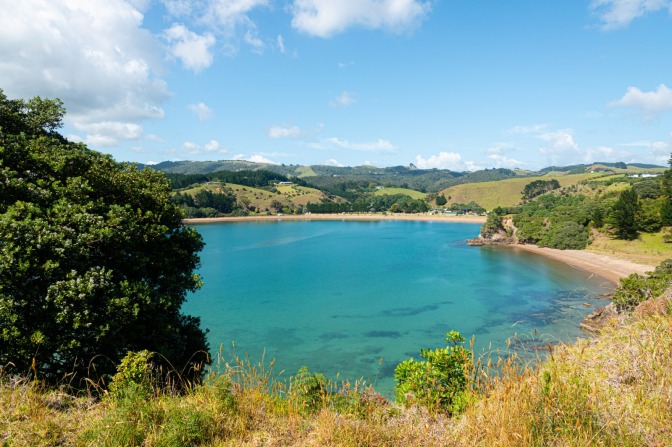 Rainbow Falls on the Kerikeri River – a one minute walk takes you to three viewing platforms affording stunning views of these 27m curtain falls – the water cascades over a wide edge giving the appearance of a frothy net curtain.

Looking over the edge to the large swimming hole below….. 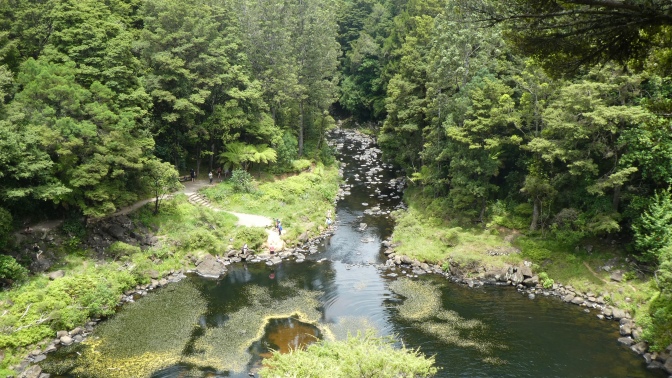 Down at the bottom, behind these pretty falls is a cave accessed by swimming the large pool below, if only that was all it involved….for me the slipperiness of the algae covered rocks climbing up from the pool and across the surface, made this a no go for the muse.

Long-suffering was not going to budge on this. His alter ego ‘the man behind the lens’ needed ‘the muse’ intact for the five remaining days of our NZ road trip. 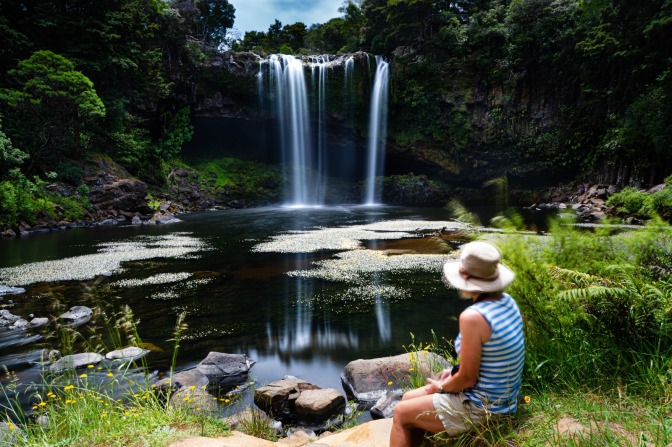 Luckily for us, especially ‘the man behind the lens’, some young girls made it in one piece obliging him with some animated shots from behind the falls….

3 thoughts on “Our Tree still Stands!”