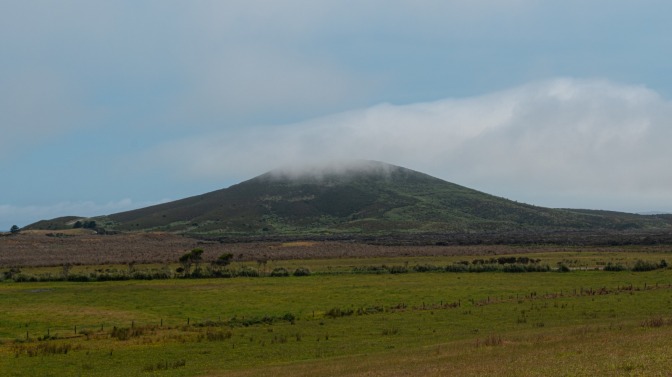 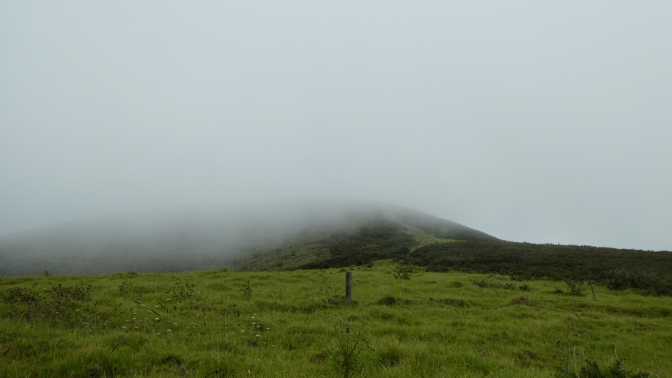 This very steep walk took us up grassy slopes on a hill that splits the 12km long beach in two. 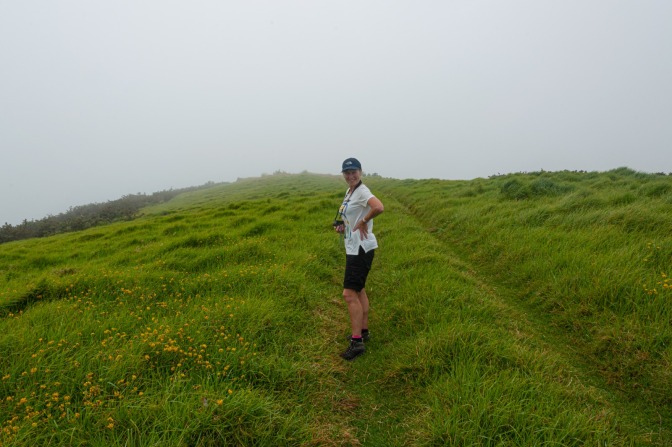 However, the limited views from the top were compensated by meadow grassland brimming with wildlife. Difficult to capture tiny lavender blue butterflies flitted and danced above webs and cocoons in the rare shards of sunlight between the mist and cloud.

Making our way down through the mist back to Aramoana Two

Below the clearing mists a seascape appeared….

Long beach walks, swimming in the beautiful turquoise waters, and relaxing with a good read. 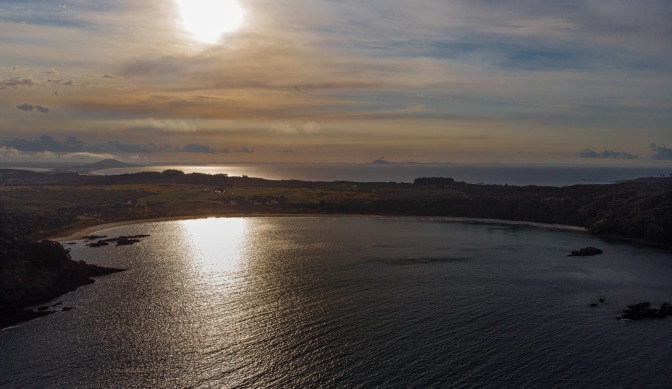 Day 56. Two beaches walk before leaving for our next stop, rocks at the end huge, piled high, interesting shapes. 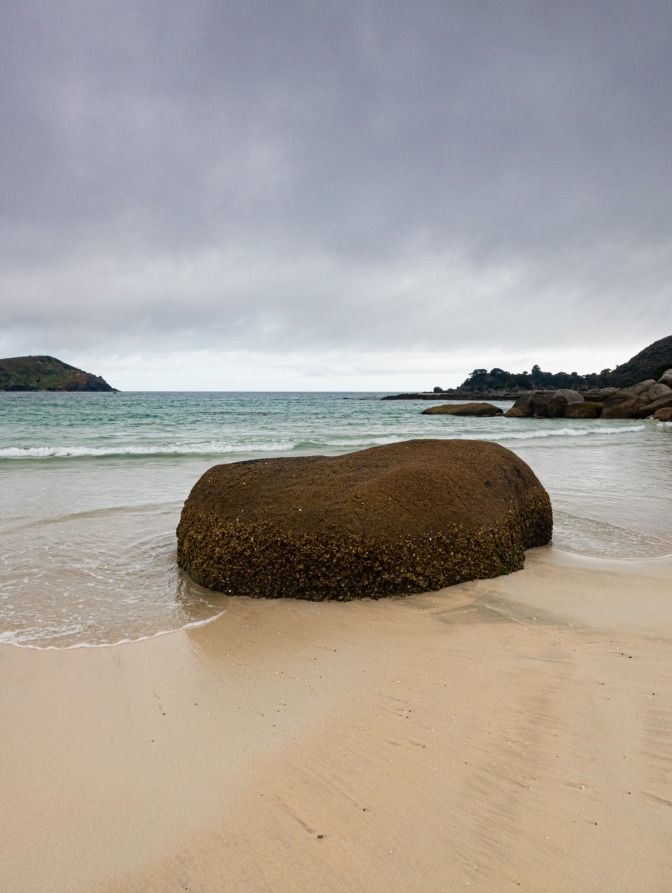 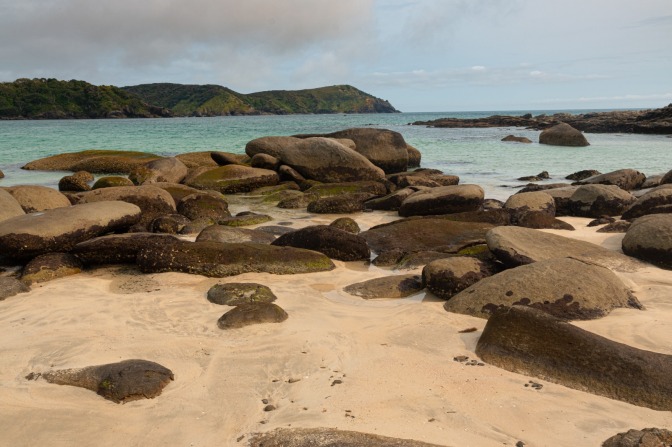 Leaving the KariKari Peninsula behind it was on to…..

Mangonui for Sunday Fish and chips ‘the best in the North Island’. Great restaurant overlooking the harbour, large deck over the shore underneath a see through dome protecting us from the persistent seagulls without restricting the waterside views.

The resident Shag – a bird – queuing up for his daily scraps… 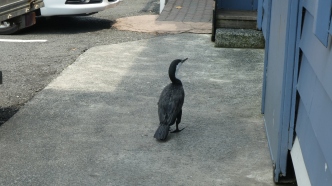 A walk on the promenade before our next stop…..

Whangaroa Bay. St Paul’s Rock track, so named due to its dome like similarity to St Paul’s Cathedral.

The very steep, narrow, winding access road had we decided to drive Aramoana Two up, would have taken approx 196 feet of climbing off the total height of St Paul’s Rock – the rock is in fact the eroded core of an ancient volcano.

Instead with only one passing place and little in the way of parking a 7 metre long motorhome at the official start point, we decided to park along the pretty shore and walk the entire route up.

Humid conditions meant sweating man was in overdrive before we had even got to the top of the road, I have to admit it was a real leg burner. Occasionally as we got higher a breeze would waft over us. Beautiful property and gardens with the best views out, gave us something else to focus on. 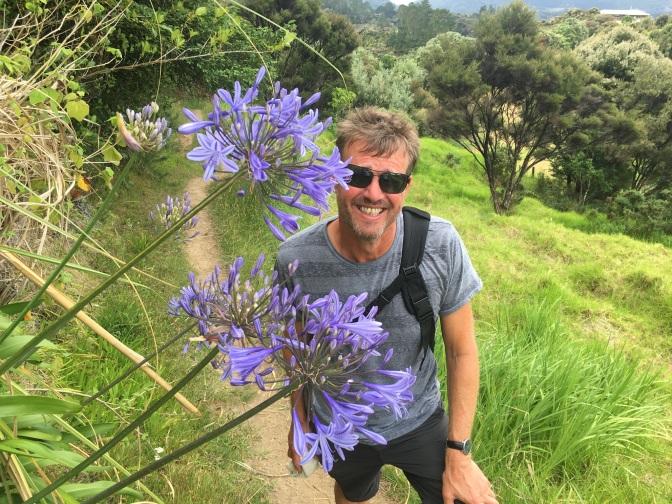 Eventually the marked narrow steep track up started, over a stile and then almost straight up approximately 492 feet…. 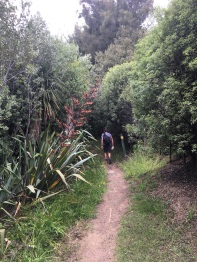 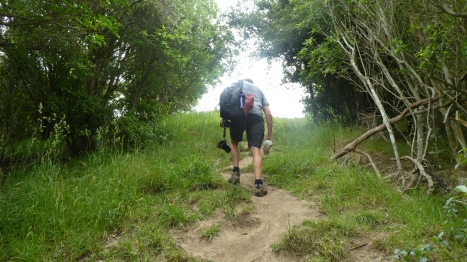 Loose gravel and displaced divits of grass underfoot as we climbed, sent feet slipping backwards. Looking up to the bare rock perched above the grassy slopes, Long-suffering continually repeated ‘there was no way we could get up there’ I must admit secretly I had reservations too. 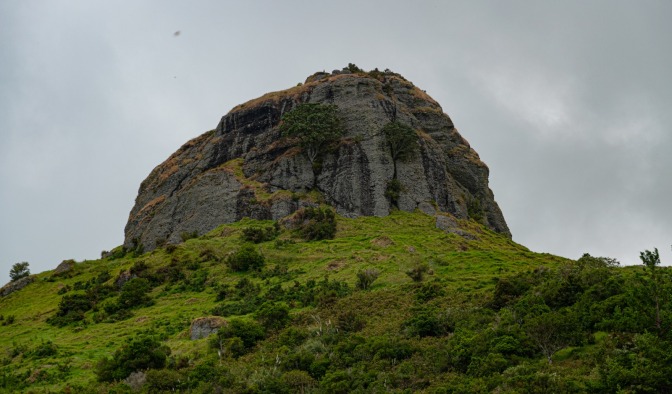 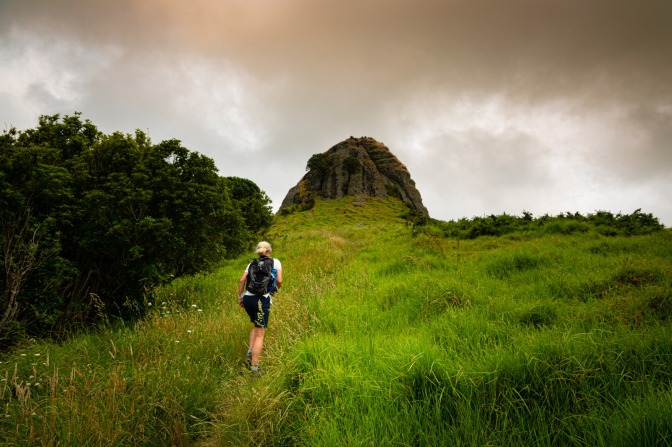 We pressed on and here the ‘fun’ really started. The final climb up rock with a few hand and footholds was challenging enough, but then we were faced with a series of chains to haul and pull our tired body’s up through a zig zag rock track. 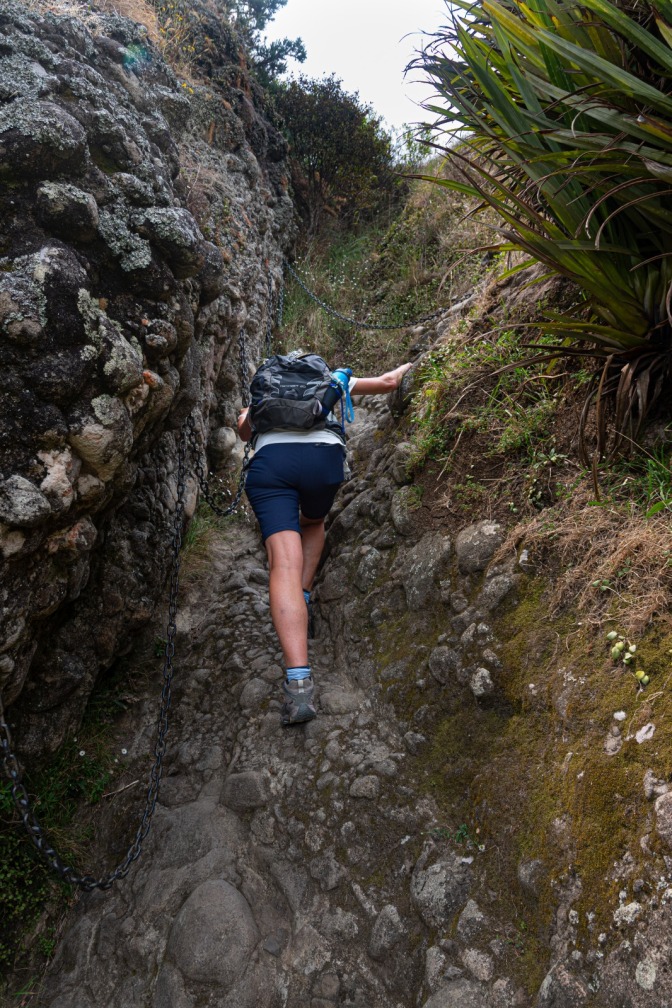 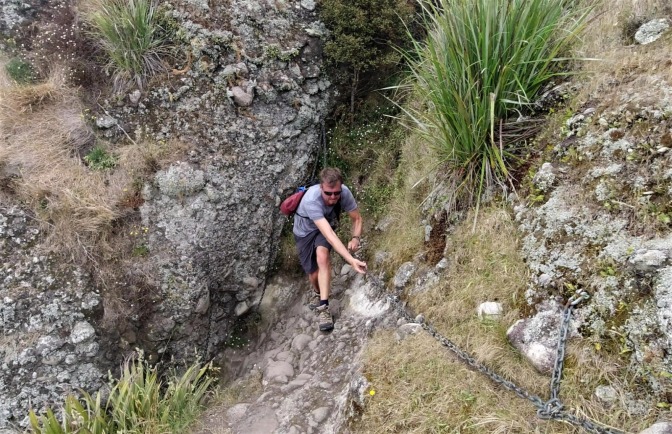 Still in one piece a short gravelly track led to the summit and wow, wow, wow….it was so worth it, truly the best 360 degree views over the Whangaroa Harbour and the many rock formations, remnants of ancient volcanos that erupted millions of years ago. Again another climb and not another soul in sight! 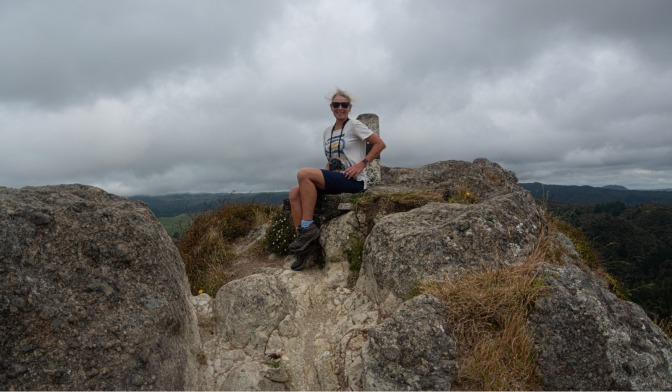 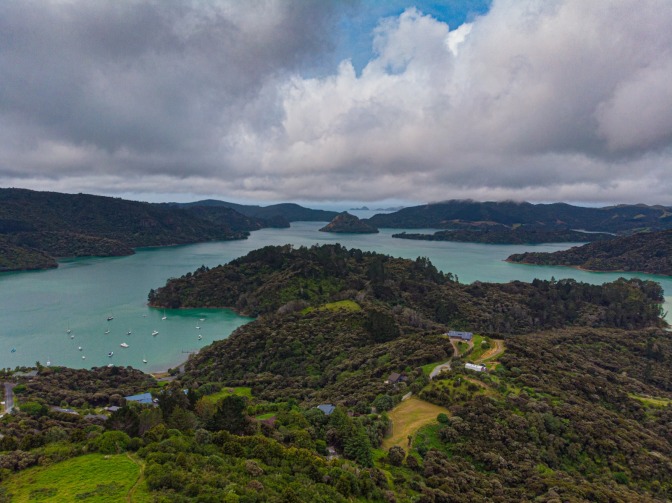 Back down the way we came abseiling down the zigzag using the chains seemed less tricky, as for the rest it was certainly quicker and less huff and puff was needed… 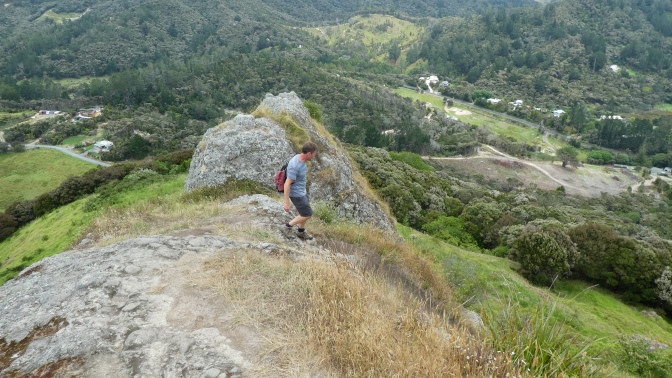 Long beach, soft golden sand with nesting sand pipits on guard in front of the roped off sand dunes – we already knew to give these dainty little birds a wide berth from other visited beaches.

As we walked the beach, the sea had thrown up the usual shore line debris including Jellyfish and the unusual – a dead goat! What I wondered was his story, did the poor animal fall from a cliff edge into the sea, or perish in transit? We would never know!