Day 19 sunrise Lake Pukaki – from our window with a view, the mountains lit slowly from the peaks down their dark crevices, light and shade as the sun worked its magic. The long-suffering quickly disappeared outside, to work his magic behind the lens capturing the moment – inspiration I hope for my future watercolours. 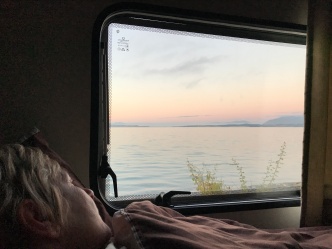 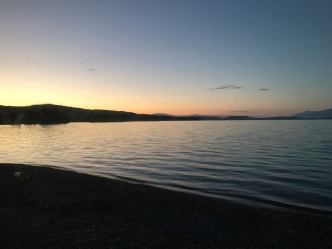 Back having a rare languish in bed looking out at this tranquil view, mists that had first appeared in narrow layers at the bottom of the hills swelled to resemble an oncoming tsunami rolling towards us swallowing up the mountains, hills and shoreline in its wake, until our view was no more just a screen of smoke. 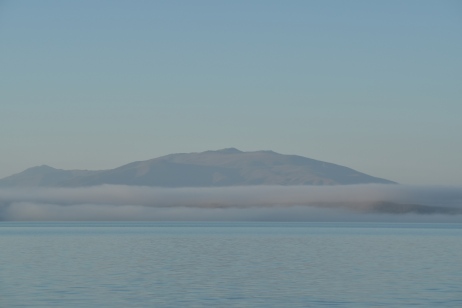 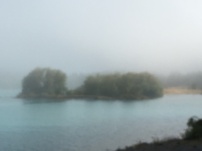 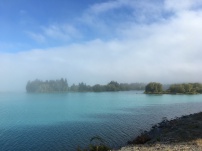 Lake Tekapo – Walk to the Observatory at the top of Mount John. Our walk started out through mixed forest, steep in places before coming out onto open grassland finally ending with ‘more steps’ up to the summit – long-suffering ‘why does every walk have to involve steps?’ he mutters while sweating profusely. 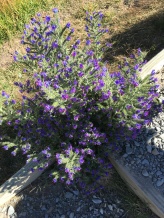 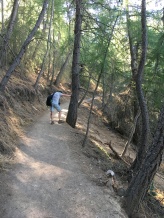 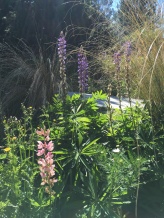 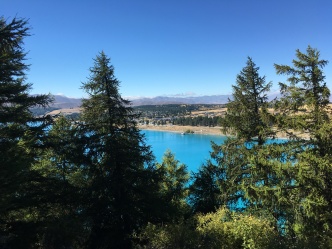 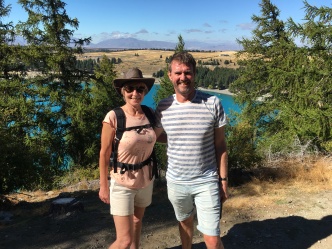 Photo opportunities abound on the way up and from the 360° views at the top, overlooking Lake Tekapo, the Southern Alps and Mackenzie basin flats. Again as has been the case so far for us in NZ, the weather was kind with clear blue skies. 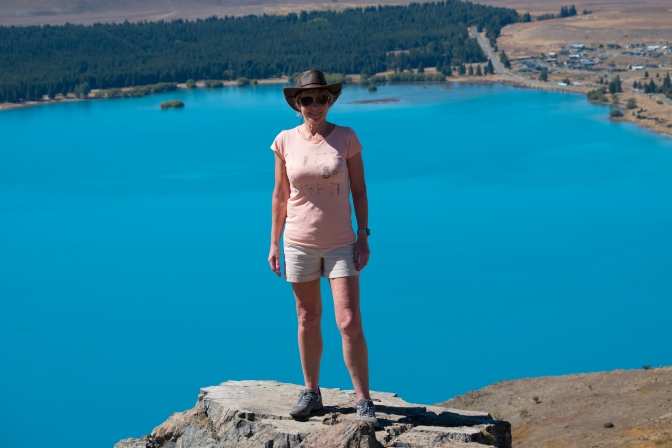 My revised hip was still coping well with all the hill climbing, not so my calf as halfway up saw it going into spasm, a spot of stretching on the side of the mountain did the trick to continue on…….

And back down again!

Lake Tekapo Paddleboarding – again my idea, off ‘the itinery’, something I’ve hankered after trying for a while now. While the long-suffering was otherwise engaged I popped down to the shore to see if it was something my hip would like to try.

A quick chat with the helpful hire man convinced me to give it a go. On calling over the long-suffering it was clear he was not so keen but willing as always to indulge his impulsive other half!

After some basic tuition – where to stand on the board, using the paddle – we started off on our knees, quickly standing up almost immediately once out on the beautiful calm turquoise waters. 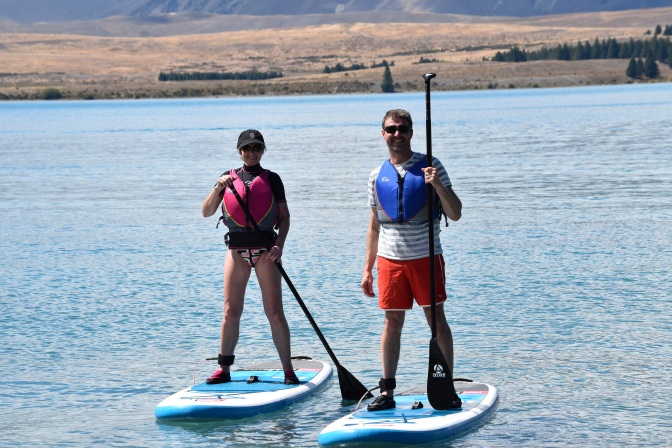 All was well until motorboats and jet-skis zipping about nearby created great washes heading straight for us sending us both panicking straight back on our knees! Eventually though as our confidence grew so did our technique and we were both able to ride the waves with relative ease if not style! 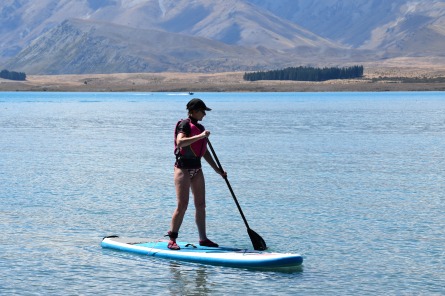 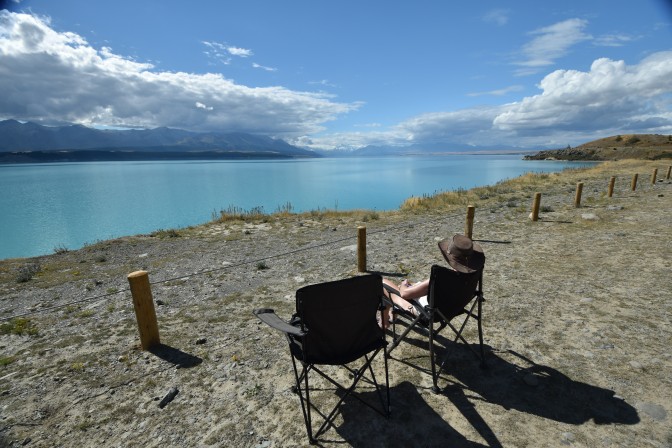 Great swimming workout in the freezing waters of Lake Pukaki, long-suffering predictably declined the invitation to join me citing photo opportunities as his excuse! 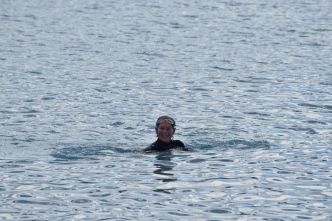 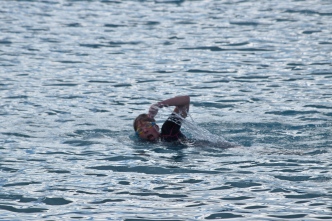 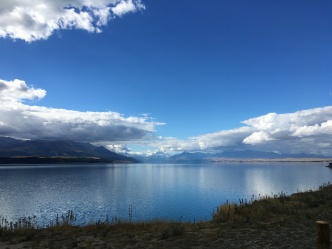 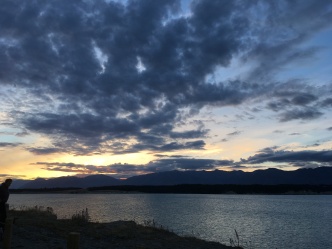 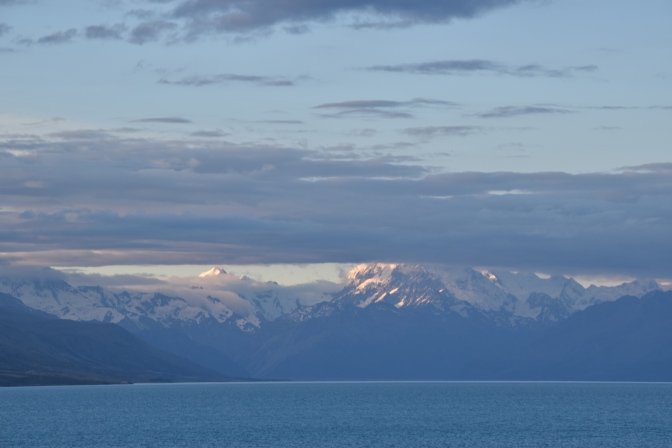