Day 61. Leisurely drive to Tawharanui Regional Park for our final two night stay, before we returned our trusty Aramoana Two back to Wilderness Motorhomes in Auckland.

Along the way an unscheduled stop at Waipu Cove to watch the surfers in action….. 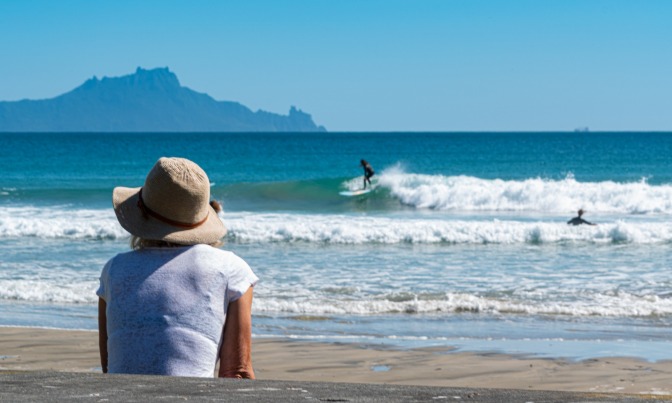 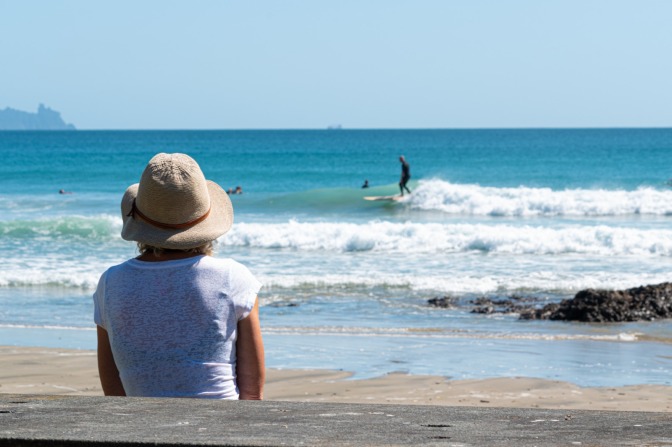 Tawharanui Regional Park – hard to believe our nine weeks travelling around New Zealand towards the end of 2019 was almost at an end. After picking up our motorhome – Aramoana two – the days and weeks as we left Christchurch in the South Island had seemed to stretch endlessly before us…. 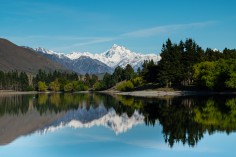 And then just two more days were left to explore. The campsite was busy – to be expected arriving as we did on a Friday. The start of New Zealand’s summer holidays were only a few days away for the run up to Christmas. There seemed plenty of room in this pre book only national park, a protected bird haven surrounded by high perimeter fencing to keep any would be predators out. 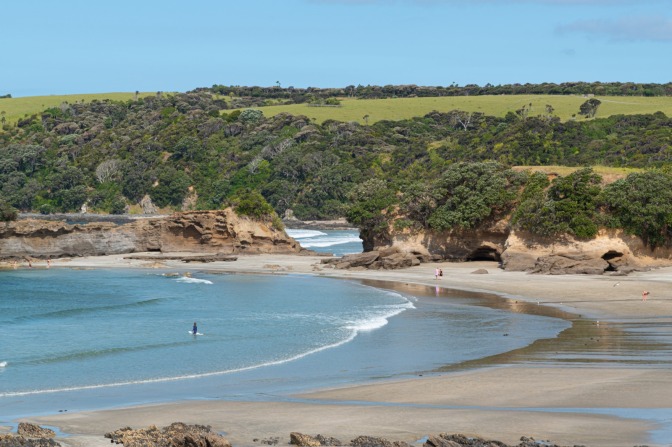 We managed to find a relatively quiet spot adjacent to the densely planted coastal barrier before setting out to explore. From the camping areas, marked sandy pathways led down through the planting and nature supporting dunes to the long soft white sands of Anchor Bay.

The turquoise waters were busy with surfers waiting patiently in the calm waters between the intermittent rolling waves.

Not only surfers…paddle-boarders were catching waves too!

A less strenuous rock climb for the man behind the lens….

With all this beauty and space on one side, as we popped back through the barrier planting there followed a reality check! In the two hours we had been gone a huge marquee – think circus big top – had gone up, many vehicles surrounded it, the occupants were busy erecting tents, arranging barbecues, beach games, surf boards and toys. Even when we did manage to find our motorhome, we were in serious danger of not being able to leave early on the Sunday morning! 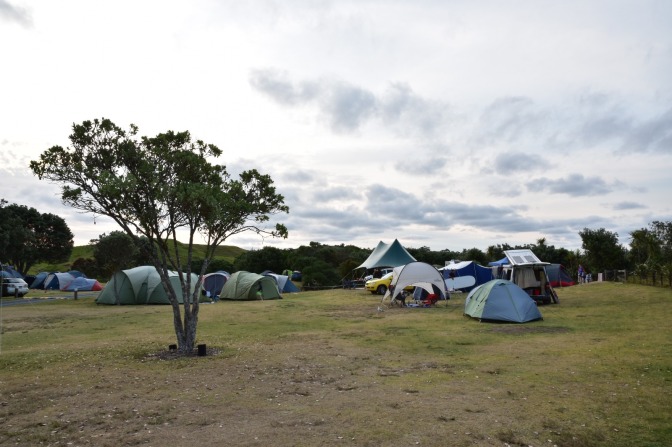 Look closely….the top of our motorhome is just visible to the right of the marquee/circus big top.

We found out this was a yearly weekend get together and more families were coming, we were not too alarmed as they seemed a friendly bunch and we knew where to go should we run out of supplies!

Back on the beach we swam in the clear sea, walked the shore and laid on the soft sand, where it was less frenetic…. 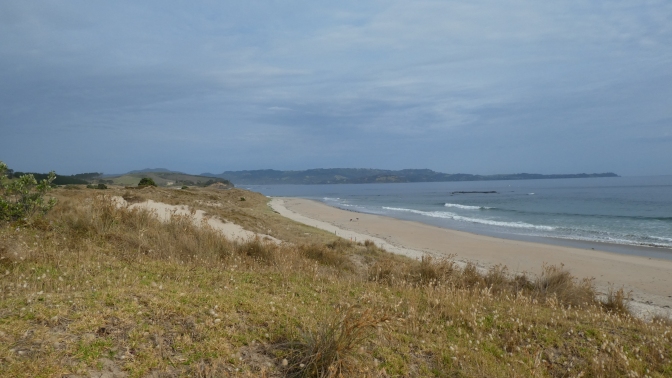 And not just the beach to explore, we took an evening stroll towards our planned peninsula walk the following day and were rewarded with what would be our last sunset in New Zealand.

Day 62. Final day …More campers were arriving we were truly hemmed in. The long-suffering was duly dispatched to a) clear a through track out and b) scour the camp for somewhere a little less busy for a quick early morning Sunday exit. Against all odds he found the perfect spot, views out and space around us….

North/South coast track 4 hour return 9km – for the most part an easy walk following   marked pathways although towards the end, some of these were not as clear to spot!

We set out under threatening rain clouds on the north coast track climbing up above Anchor Bay over farmland and farm track. Reaching the top ridge the already dark skies had become inky black as the wind whipped up and the rain storm was unleashed. 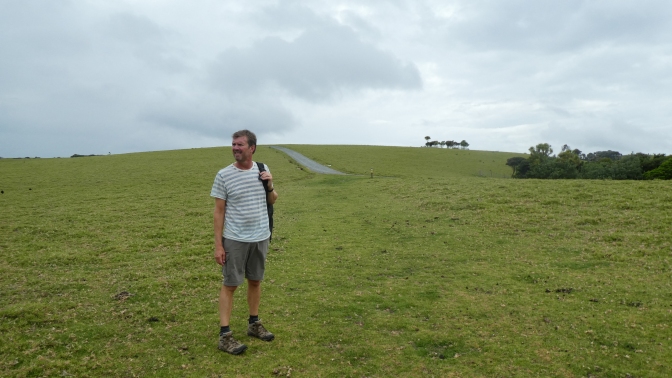 Temperatures were still balmy, ‘it won’t last long, too bloody hot to put coats on’ from long-suffering as he retrieved from my back pack a last minute addition of an umbrella. We huddled together against the one lone sparsely clothed tree sharing the pathetically inadequate – for two – city umbrella angling at intervals from over our heads sideways as the slanting rain drove against our bare legs.

Ten minutes later as the rain gradually came to a stop on we walked. The skies continued to clear affording us stunning views out across the sea as we followed the track along the ridge.

At the end of the North Ridge we picked up the South track….

The track took us through the regenerated native coastal forest and pasture grazed by cows and sheep. Lots of up and downs but nothing too strenuous after our nine weeks of epic walks in New Zealand. 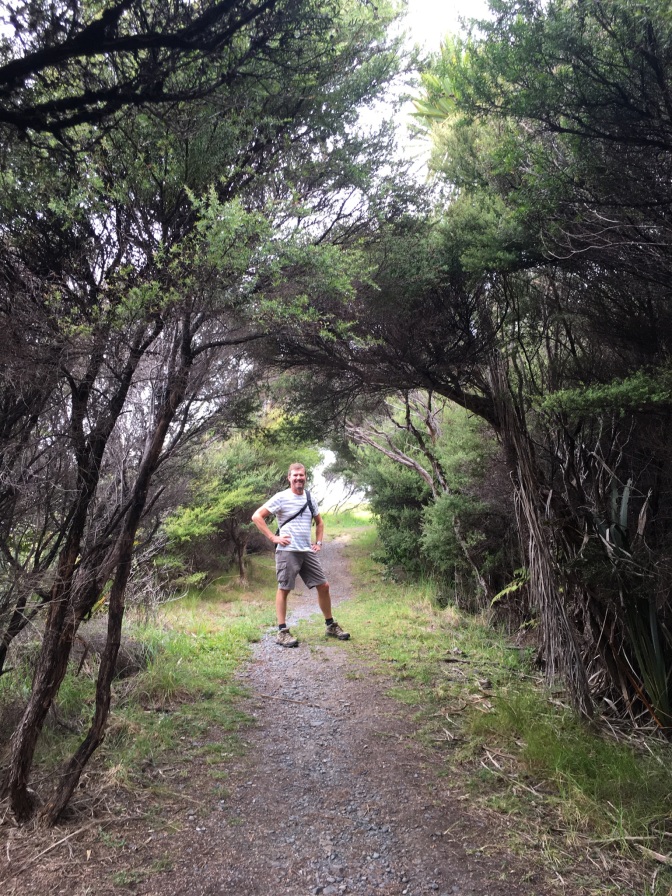 Throughout as always another breathtaking view. 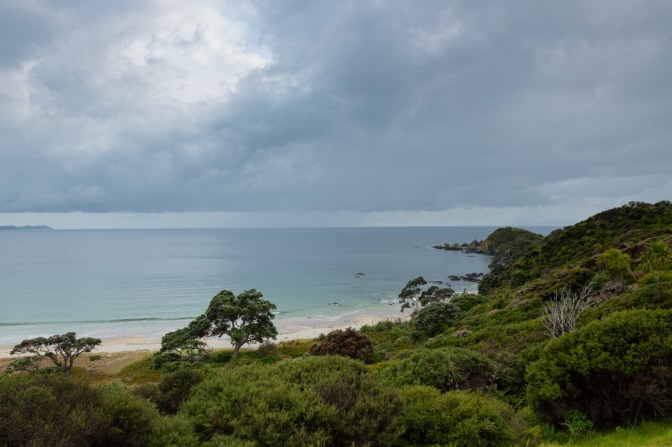 Back at camp we were relived to see our motorhome still parked relatively quiet for our final night.  With more than a degree of sadness the grand pack began before a last stroll on the beach together.

Day 63….Auckland –  After 4,858 miles/7,819 kilometres we had reached the end of our nine week road trip touring the South and North Islands. 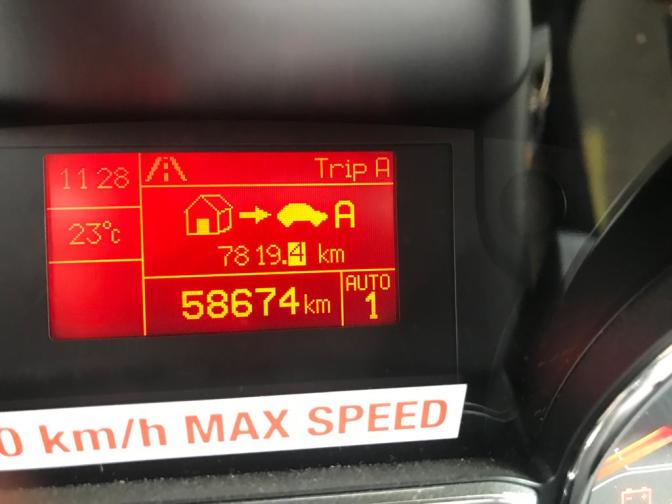 We were two weeks away from the end of 2019 about to fly out from a country we adore and although sad to leave we felt content in the knowledge that coupled with our four week road trip North/South Island in 2017 where we drove 3,593 miles/5,783 Kilometres, we had seen most regions of New Zealand in the best possible way. Any disruptive weather extremes by good fortune we had managed to miss, even the heavy rain storms were mostly at night.

Two trips both using Wilderness Motorhomes had taken us 8,451 miles on and off road to the most remote spots in amazingly comfortable, cosy and reliable style. Thank you for a great service throughout.

Thank you New Zealand for allowing us to travel with ease around your stunningly beautiful country, we will miss you so much. 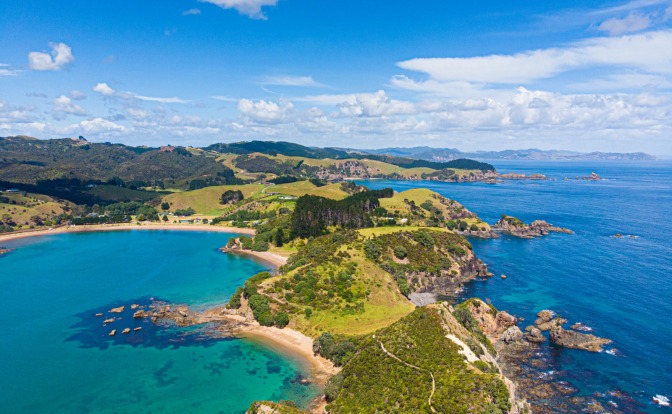 On the opposite side of the world once more our memories and beautiful images will keep you alive, that and our own still unspoilt county where we live that is Dorset in England!