Moving to a much smaller garden although good from a less stressed hip point of view, has at times made me feel like a chicken with her wings clipped.  Like them I scratch about on the surface, my boundaries closer, with few places to expand in a ready-made garden and for the most part made well!

My long-suffering as he commutes home on a Friday will say this is a blessing.  He can feel safe in the knowledge there will be no grand labour intensive surprises, long lists – of the garden variety – or worry from watching his wife limping around from labouring overkill.  Few things at all in fact to interfere with his weekend sporting fixtures in front of the TV!  The biggest exertion for him most weekends since March is getting the mower out of the shed for the 15 minutes it takes to cut our much reduced – by at least 90 minutes in mowing time – the back lawn area.

In the early days when we were making our previous much-loved large neglected plot my term of endearment for my wonderful husband was not ‘long-suffering’ – he became this post accident. No my preferred choice was ‘Victor Meldrew’ inspired after the often morose fictional sitcom character from ‘One Foot in The Grave’, with his negative grumpy mutterings and dour face pulling every time I came up with a new spade wielding ‘project’, the resemblance was uncanny minus the bald head.

At the beginning of our gardening journey from winter 2000 and beyond especially while reconstructing the overgrown and hidden stream area his energy and enthusiasm was easily on a par with mine.  Unfortunately a few years of digging heavy clay soil – constantly wet in winter or rock hard in summer – gradually whittled away all the above. 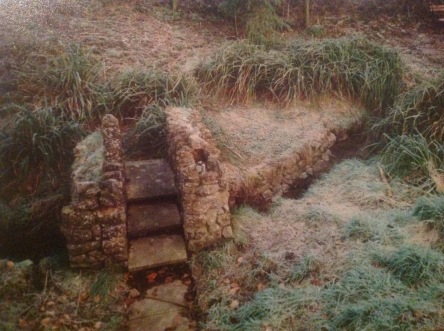 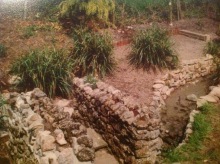 17th Feb 2004.  Time was spent this morning evaluating the front grassed area resulting in my decision to turn a third into a new Kitchen garden.  After lunch I marked out the area to be fenced ie. rabbit proofed, with canes and string.  Later my excitement at relaying and showing my plans to Richard on his return from work was  severely tempered by a very grumpy ‘Victor Meldrew’ impression!

18th Feb 2004.  Not to be disheartened by Victor Meldrew – from hereon in for the purpose of this Journal shortened to VM – I have organised the position of the raised veg beds and rung round suppliers to acquire prices for posts, netting and hire of a turf cutter.

20th Feb 2004.  VM needs three weeks – only three!  Preparation for this new project I have thrown at him obviously needs contemplation time.  Very grumpy for the last two nights however there is light on the horizon I think with a bit more persuasion he will slowly come around to the idea.

24th Feb 2004.  Great excitement!  VM went to bed with yesterdays birthday present my new book ‘Making Gardens’, leading me to believe my kitchen garden and other ‘projects’ could soon after the prerequisite VM become a reality! 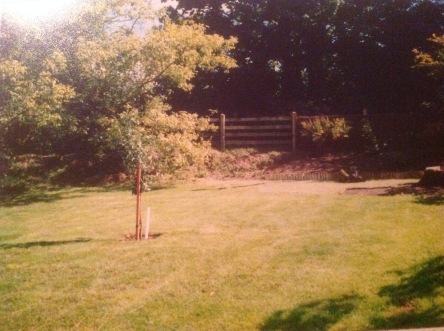 Although not on the grand scale as before I have still on occasion given Richard cause to put on his VM face even on our much reduced landscaped plot.  I write this with a smile on my face, so far borders have been extended, widened, trees thinned, rope swags erected for rambling roses, a new wild flower meadow in an existing front lawn, planted up with 300 bulbs and 300 native wild flower plugs.

I think over the last few months my wings have slowly grown back, whilst not needing to change the layout of  the hard landscaping areas, some of the planting needs much rejuvenation.  The question is how long can the confines of this garden sustain my free range ideas before I feel clipped once more?