A breakthrough at last!  Just when I (and my Physio) was thinking that after three major surgeries, extensive gluteal nerve and muscle damage in four years my abductor and gluts were as strong as they were ever likely to get, the last two days have proved me quite wrong.

August 4th this year I underwent surgery.  The last I hope, to replace the failed ceramic implants of my 2013 left hip replacement.  My bionic hip had always made a clonking, popping sound with every step I took feeling like it was shifting inside. Nothing had showed up on yearly x-rays in the 2 + years since and quite frankly to walk unaided virtually pain and limp free at last who was I to make a fuss!

Imagine my distress when on our holiday in mid June to Crete, walking became increasingly difficult again after dancing in the sand at a beach party.  At first we – my long suffering husband and I, presumed a less serious pulled muscle was to blame, especially as I still managed to climb to the top of Gramvousa, a 16th century Venetian fort built 137 meters above sea level.  The terrain was extremely difficult lots of deep steps and slopes baked hard  by the searing heat, the top surface loose and unstable beneath our feet making the ascent and more importantly the descent treacherous. 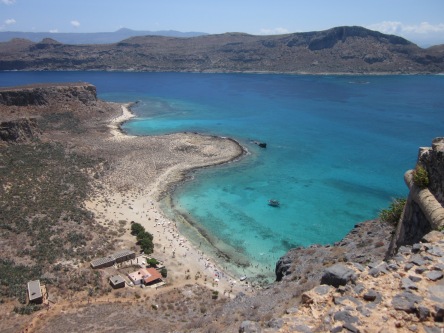 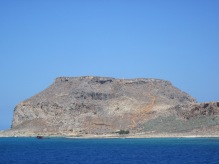 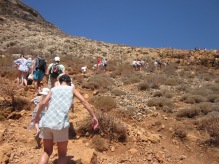 Back in England we kept reassuring each other ‘with rest the muscle would ease’.  We were kidding ourselves.  The discomfort became grinding pain and the noise was now audible enough to be embarrassing!  I was back to limping and lurching around and struggling to hide it while working.

An emergency meeting with my surgeon and subsequent X-ray revealed the devastating news my ceramic liner had catastrophically failed.  He assured me the dancing would not have caused this, rather that would have been the catalyst to tip an already failing implant over the edge I was just ‘unlucky’.  Nevertheless facing another major surgery all I could do was to blame myself.

Due to ceramic fragments floating about and causing more damage  I was within weeks back on the operating table.  The operation went well, in fact so well that my first walk with crutches the next day was a revelation.  The clonking and popping was miraculously gone.  Already my hip felt more stable than at any time over the last four years.

On my return home our lovely new abode resembled a care facility with mobility aids in almost every room.  I was back to square one with crutches, weak muscles, restricted movement, aids to dress with and basic exercises for six weeks. 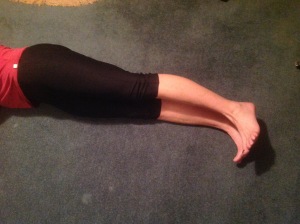 Six weeks later to my apprehensive question ‘Where do I go from here?’ My trusty surgeon replied and I quote ‘You must go and live your life’.

Fast forward fifteen weeks post op my gluts and abductors have finally started to wake up……..

After four years of intense targeted exercises, when I had almost felt like giving up, this morning in a side lying straight leg lift position – I attempt these morning noon and night,  my normally unresponsive leg raised up an inch!  Such a small thing but for me HUGE in terms of my continued recovery.  I will be driving to the gym and the pool with a increased sense of purpose this morning.  Walk on all you hipsters out there and NEVER GIVE UP!

One thought on “Never give up!”